The huge building tents that appear in the vicinity of Sint Jansklooster in the run-up to the Parade always attract a lot of attention. Many passers-by who are not from the neighbourhood regularly ask themselves: “What is that tent doing there?” The Christelijke Oranje Vereniging (COV) wants to answer this question with new banners.

That is why large banners will be available at ten building locations starting this week. In this way passers-by get an impression of what is being built in the tent or shed. Each group has a banner with a picture of a float it has built in the past. In addition, the canvas is also an invitation to come and admire the final result in August. 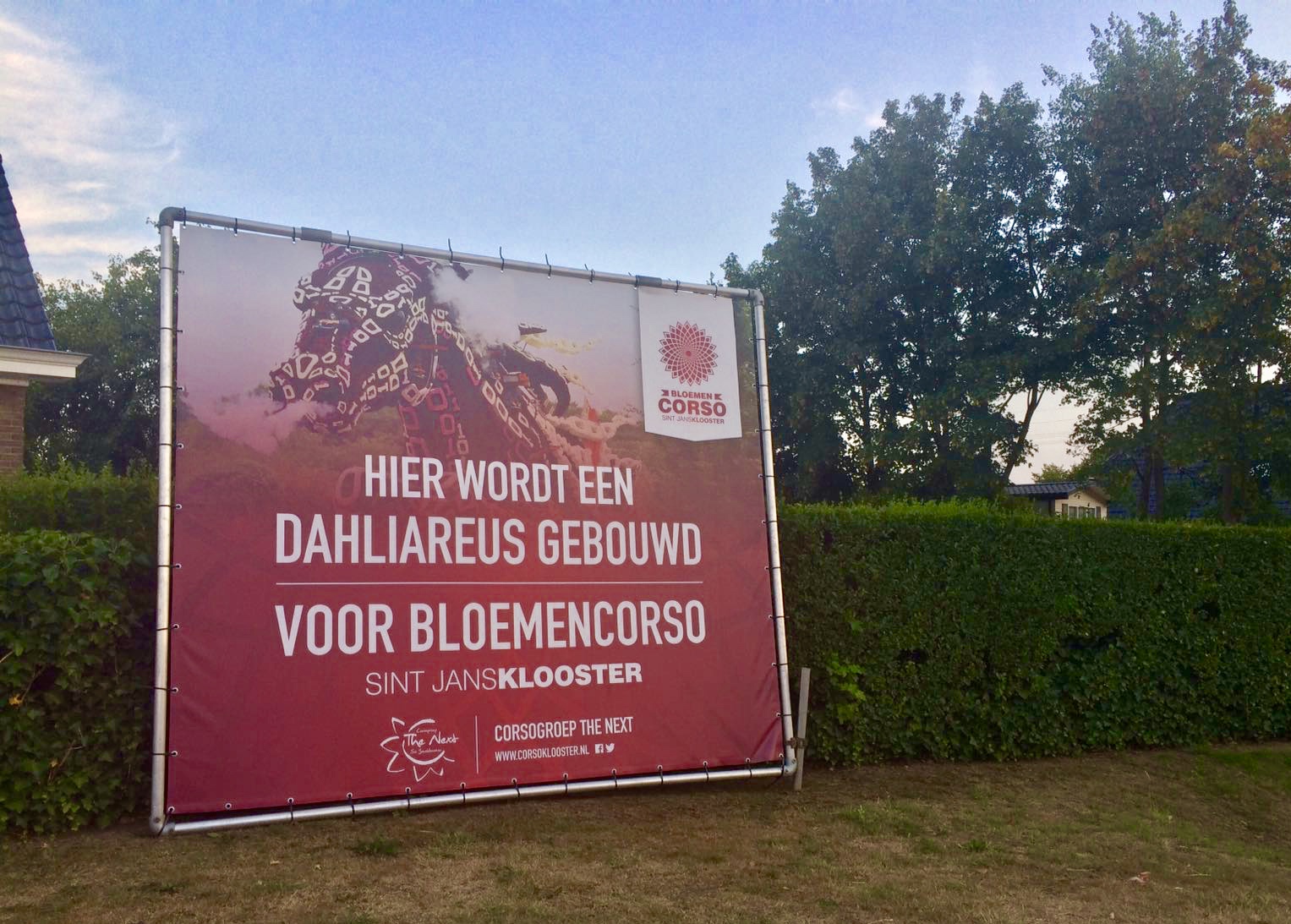 The banners of the float builders are an addition to the COV’s current banner campaign. In the surroundings of Sint Jansklooster there are dozens of announcements in the run-up to the Parade. The huge promotional dahlia at the Krieger is the icing on the cake of this campaign.

Just like last year, the COV also wants to welcome the Chinese tourists from Giethoorn to the Parade. That is why there is also a banner in the centre of Giethoorn with the announcement in Chinese.

The 50th edition of the annual Flower Parade in Sint Jansklooster will be held this year on Friday 17 August. On Saturday 18 August, the dahlia giants can also be admired during the Parade festival. More info: www.corsoklooster.nl/en